On the boat buying process

Several readers on their journey towards boat ownership have contacted me with a few questions which I’ll try and answer here for all.

Can you give us a bit more info on your buying process? How much work does a boat from 1989 actually need?
Based on the almost hundreds of boats we have looked at, there is no black and white answer to these question. Happy Dancer was pretty much ready to go. We still spent several thousands (yes, BOAT does stand for Bring On Another Thousand) on additional kids and safety equipment like a new EPIRB, netting for the boat, a new tablet with Navionics installed, a new laptop with OpenCPN as backup, floatable hand-held VHF with integrated DSC and GPS and our Yellowbrick which allows you to see exactly where we are. Some of them were our choice, others would be considered basic must-haves, especially with two little treasures on board. But again, there is no one answer.
Most other boats we saw, some with a considerably higher asking price, were in a shocking state. When mould grew out of the galley cupboards, we generally didn’t even bother to check the state of the keel bolts. When sails were torn, and navigation equipment from last century, we didn’t bother exploring the state of the engine. Either someone looks after his/her boat, or they don’t. If they don’t, boats deteriorate like the rust on our foldable bike off the stern pulpit. Unless you go for a plastic fantastic production boat, the age of a boat doesn’t tell you much. It’s the previous owners and their way of using and looking after the boat which make or break your deal.
If you are handy and have time on your hands, there’s a few good deals around which you can bargain for. The other option is to commission someone else to do the work for you. However, if you can’t be there to supervise, learn and improve with the handymen, I’d think twice about commissioning someone else with getting your boat seaworthy. I once spent several months in an Italian boatyard and that’s enough to say that that’d never be an option for us. If you’d rather spend your time sailing, you need to put in the time in beforehand looking at as many boats as necessary until you find THE one. When you’ll see it, you will know.
We don’t like schedules, so unlike people on a sabbatical, we took the luxury (You don’t have time, you make it!) to spend six months cruising Europe in a campervan to find our proper boat. We looked at as many as we had to, to know what exactly we wanted and at what price we could expect a good deal.
What work did you need to do on Happy Dancer
Like mentioned before, we set sail two weeks after moving on board. During the upcoming winter and before next year’s Atlantic crossing, we will replace the standing rigging, service the engine to the most minute detail and stock up on triple spares, renew our hatches, reseal our shroud plates, fit a wind vane in addition to a few smaller upgrades like disconnecting the water tanks, fitting a gas detector, fixing the living room clock etc.
I’d doubt that there’d be a boat out there ready to cross an ocean with you and whole heartedly recommend spending some time sailing before such a big venture. They say you need between one and two years to properly know a boat. We are into our humble week seven and so far couldn’t agree more. 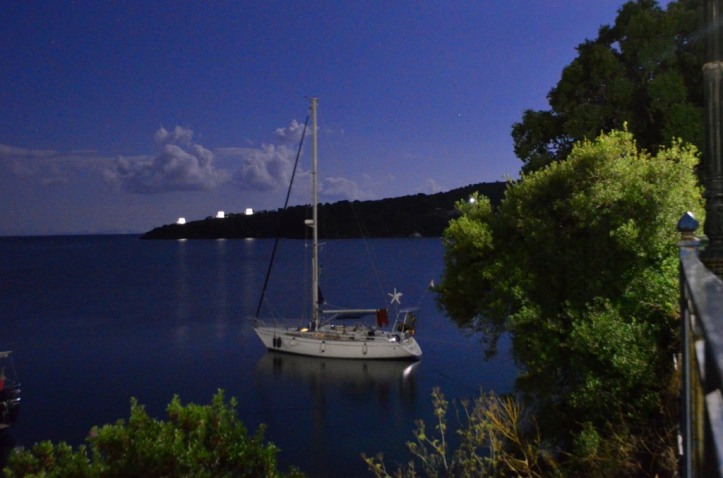 Just hanging on the moss in the jungle... that's how #asanasa aka #yogaposes are meant to feel like, #effortless That's why it's so important to work with the breath and mind to work every step of the path in rest and relax mode. Most of us have enough stress in our lives. Last thing you need is body in freak out mode on your mat. So - how's your breathing and thinking right now? See! You are practicing #yoga already! x
#seaquotes #sea #quotes #jeanjaquescousteau #ocean #oceanlove

Travelling Yogini. Passionate Tantrica. Free spirit. Avid sailor. Mother of three angels. Ayurvedic practitioner. Reiki Healer. Yin and vinyasa yoga teacher trainer. Acro yoga lover. Experienced doula. Sustainability dudess. Lunatic dancer. Tarot card reader. Passionate writer... I love sharing big and small steps of our journey. After a nomadic youth growing up around the globe and an unlikely latino wedding, this blog was conceived in Sydney, alongside with my second son. A few weeks later we quit everything that most would label 'valuable' to buy a boat and sail the Mediterranean Sea for three years. For ecstatic child birth #3 we came back to Australia where we've been exploring community life and deepening our indigenous understanding and bushtucker plus permaculture ways... After several weeks on our boat near Sydney and deep in the magical red outback in early 2021 the winds of change seem to once more be calling us back home to Latin America... We always love to connect, so from wherever on this beautiful planet you are reading this, never hesitate to leave a comment or shoot us a line. Namaste - Soul Greetings. We are all one. 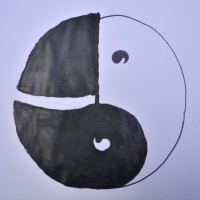 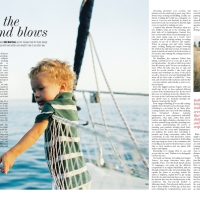